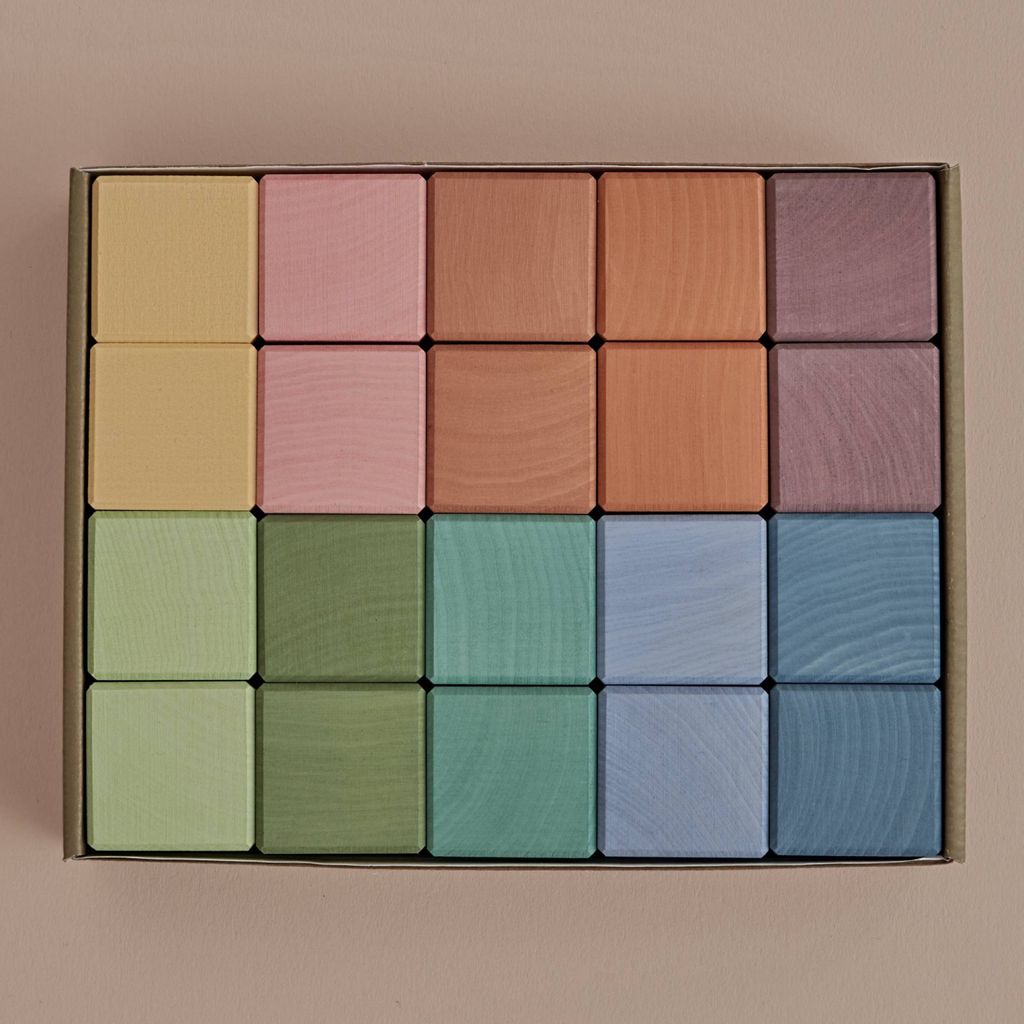 Cubes are the most basic children's toy. First, a child simply learns to hold a cube in his hand, then to break towers built by mom, then to build towers of his own, and later even more – he or she builds big cities, inhabited by imaginary heroes. Cubes are a "must-have" toy for children from 6 months to 7 years old.

Raduga Grez painted cubes with the most beautiful deep pastel colours. They are as tender as the childhood itself, but not too sugary- sweet. Raduga Grez took inspiration from various shades of wildflowers. Raduga Grez removed the sharp corners from each cube by hand, so when a parent accidentally steps on a toy, it will not hurt. And Raduga Grez do not cover toys with lacquer, so the cubes do not split and it is more convenient for children to build with them.

- Build the highest tower possible, then pretend to be a wind and try to blow it away

- Build different figures: a circle, a triangle, a heart, a crown, a snowflake etc

- Imagine that cubes are colour pixels and draw with them

- Build a tower with all 20 cubes from the set

- Build a house for an ostrich or a crocodile

- Build together in turns by adding one cube at a time

Made of solid wood with water based eco-friendly paint