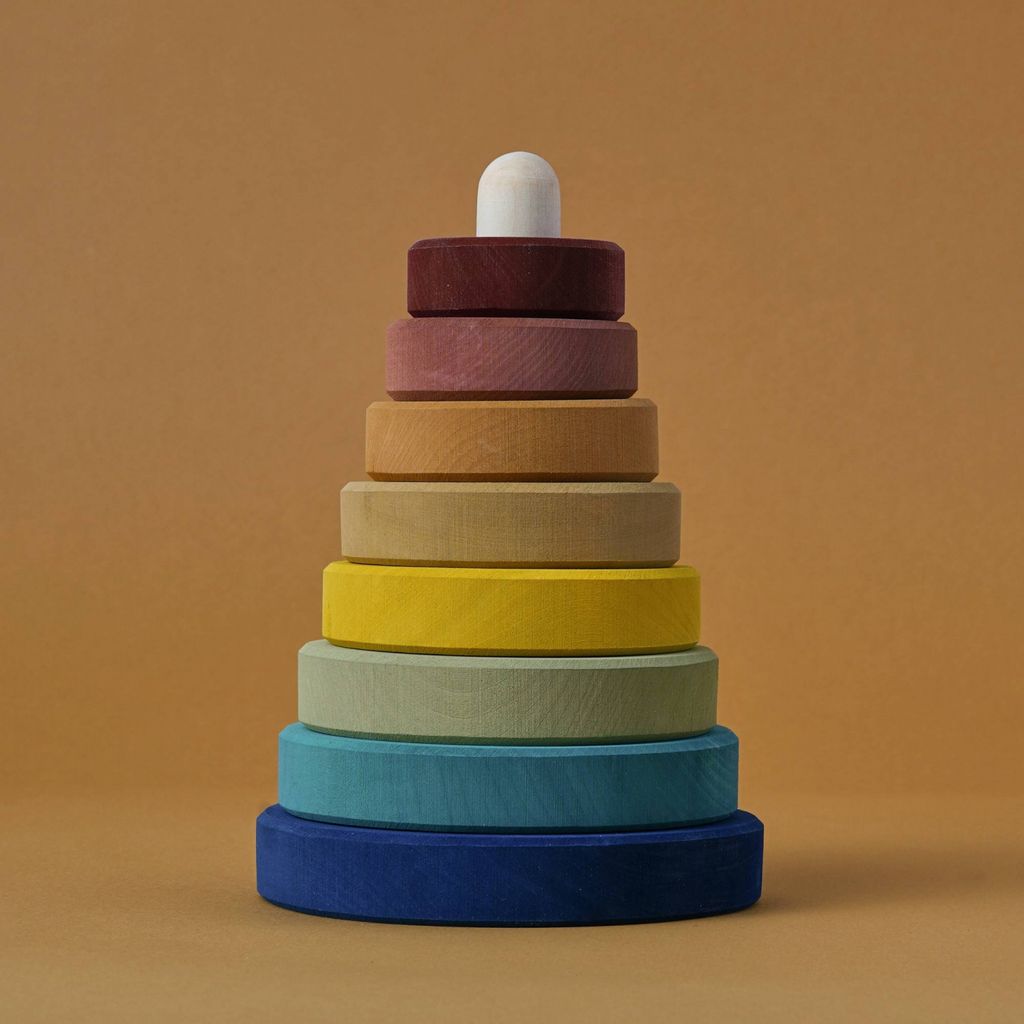 Play is a safe space where the child does not have to be the best or the first. The pyramid is a simple toy that puts the child in such a space. He can play that the pyramid discs are the wheels of a Mars rover or drifting ice floes, make a caterpillar or a train out of them. When there are no rules, it is easy to make up your own ones.

The pyramid was inspired by the muted colours of soil, sand, clay and forest greenery. When you look at them, you may think of the harsh Russian nature and landscapes of tundra and taiga.

Raduga Grez's pyramids are made of natural linden. The linden tree is slowly dried outdoors so that no cracks appear on it. The toys are coated with safe paints. We do not use lacquer in order to preserve the unique, velvety texture of the wood.

- String the discs on a twine or a ribbon

- Make the figures on a flat surface. For example, a caterpillar or a snowman

- Imagine that the discs of the tower are stars (the way we see them from the Earth). Some of them are closer and bigger, others are further and smaller. Make constellations (existing or imaginary) with them

- Set wheels in motion. Which will roll further? In which surface: upwards, straight or downwards?

- Roll the discs down the inclined surface

- Assemble a pyramid in a top-down or random way